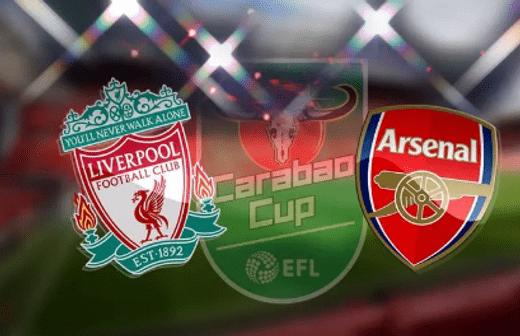 On Thursday night, Arsenal and Liverpool will renew acquaintances at the Emirates Stadium in the second leg of their EFL Cup semi-final.

Following a goalless draw in the first leg last week, the tie is currently evenly balanced, with both teams competing for a place in the final against Chelsea. After another moment of recklessness from Granit Xhaka, the Swiss midfielder was sent off before the half-hour mark.

The Gunners were able to hold on for a draw thanks to a strong defensive effort from Mikel Arteta’s 10 men, putting the second leg on a knife’s edge with everything to play for in front of their home fans on Thursday. Arsenal’s coronavirus problems have deteriorated since the first leg, and Arteta is also dealing with injuries, suspensions, and AFCON absences. As a result, the Gunners requested that Sunday’s much anticipated North London Derby be postponed.

It’s unclear whether their second-leg clash against Liverpool will go ahead, but Arteta and his remaining available players will continue to prepare for the difficult match that lies ahead.

Meanwhile, the Gunners have never lost an EFL Cup home match against Liverpool, winning three and drawing three, they have only won one of their past 17 meetings with the Reds in all competitions, and have failed to score in four of their last five. If they are to keep Liverpool’s attackers at bay on Thursday, they will need to put in another strong defensive performance, as they were obviously lacking a cutting edge last week without Sadio Mane and Mohamed Salah.

Mikel Arteta will be limited to options on Thursday due to multiple first-team absentees, particularly in central midfield. Bukayo Saka, Emile Smith Rowe, Takehiro Tomiyasu, Cedric Soares, and Calum Chambers are all doubtful owing to injury or exhaustion, while Sead Kolasinac has signed a permanent agreement with Marseille.

Following his first-leg dismissal, Granit Xhaka will serve a one-match suspension, while Martin Odegaard has been ruled out due to coronavirus.

Here is my predicted line-up for this match.