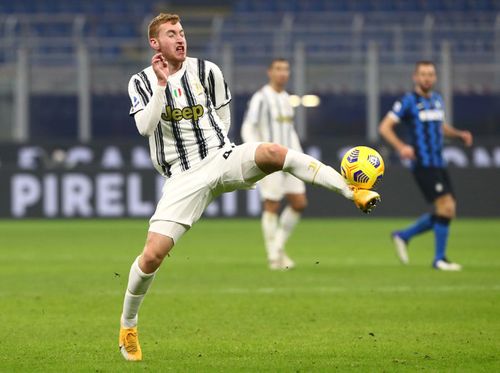 Get the latest news as it’s breaks in the football world, read in details below;

Dejan Kulusevski has endured a topsy-turvy ride since making his big break at Juventus last season. While he featured prominently for the Bianconeri under Andrea Pirlo, the Swedish international’s fortunes have dwindled since the appointment of Massimiliano Allegri. However, he remains a key figure for his national side.

While the 21-year-old has made 15 appearances across all competitions, only two have been from the get-go. And according to widespread reports, Juventus are looking to offload Kulusevski in the January transfer window. However, despite the fall in his stature, there is no shortage of suitors in his pursuit, with Barcelona among the clubs keen on signing him.

This is not the first time Barcelona have been linked with Kulusevski, who has been on their radar for quite some time now. The continued interest in the Swede makes sense, considering their struggles in attack this season.

On top of their woes on the field, the Catalan giants are struggling with fitness issues to key players, with Ansu Fati and Ousmane Dembele currently on the sidelines.

Memphis Depay remains the only recognised forward who is fit and available, with Barcelona’s situation forcing Gavi and Sergino Dest to play as makeshift wingers lately.

As a result, it is clear that Barcelona must sign a wide attacker in the January transfer window, with Raheem Sterling touted to be their priority target.

However, the Blaugrana are keeping their options open, which is why they have now turned their attention towards Dejan Kulusevski.

But signing the 21-year-old will not be an easy task, with Juventus demanding €40 million for him. It has widely been reported that Barcelona will largely seek loan moves in the January transfer window, so it will be interesting to see if they are prepared to shell out €40 million to land Kulusevski.

For now, what remains clear is that the Swedish attacker is facing an uncertain future at Juventus and could be on the move this winter.

With Bayern Munich, Arsenal and Tottenham Hotspur all hot on his trail, it is likely that he will leave the Serie A giants sooner rather than later.