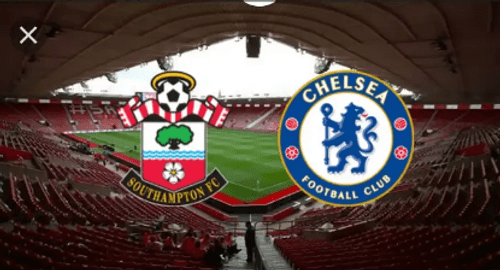 Chelsea were embarrassed for the second time at Stamford bridge after Karim Benzema’s hat-trick shattered their UEFA champions league dreams. Thomas Tuchel’s team seems to be losing focus, they have conceded seven goals in their last two goals and this is a major concern for the German manager. He will need to figure out what has went wrong in his defensive approach. He will need to do that as soon as possible or lose everything. Chelsea will be facing Southampton in their next premier league fixture. The Saints will be looking forward to take advantage of Chelsea’s vulnerable state at Saint Mary’s Stadium. In the past five meetings between Chelsea and Southampton, the Blues has won twice, draw twice and lost once. This shows why they will need to be careful with Southampton.

However, Chelsea might have the upper hand in this fixture as Southampton has lost four of their last five games. The image below depicts how Chelsea could lineup against Southampton at Saint Mary’s Stadium. Mason Mount’s long range through balls will also help Chelsea to bypass Southampton’s defensive line. Mount and Jorginho’s activities in the central midfield could help Chelsea to control the Midfield for 90 minutes. Jorginho is a specialist in ball recoveries and will likely help Chelsea to distribute short passes.