Chelsea vs Southampton, Arsenal vs Brighton predictions in today’s games 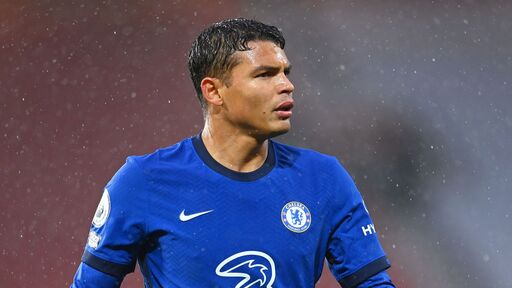 Chelsea vs Southampton: Chelsea will be hoping to return to winning ways while Arsenal will be looking to extend their winning run when they play Southampton and Brighton respectively. We previewed both games as well as revealed

That Arsenal is on a 3-game winning run does not make this an easy game for the Gunners as Brighton has been in fine form since the new season started. The Seagulls would have been top of the league heading into this weekend if their match with Crystal Palace didn’t end in a 1-1 draw last Monday.

Having said that, Arsenal is the more in-form team over the last 3 games and they have a better head-to-head record. According to SOCCERWAY, in the 18 times both sides have met, Arsenal has won 10 while 3 of the matches ended in a draw.

Why Chelsea will defeats Southampton and other games fixture

For the team news, if Brighton will win the game they will have to do it without center-back Adam Webster who suffered a hamstring injury 3 weeks ago in the 1-0 win at Brentford. They also have defensive midfielder Tudor Baluta out. For Arsenal, everyone is fit except Granit Xhaka who is expected to be out for 3 months after he suffered a knee injury in the 3-1 over Tottenham.

Arsenal will win 2-2 but on the other hand predicted a 2-1 win for Brighton saying they have a history of troubling Arsenal. The Gunners have only beaten Brighton twice in the last 7 games.

Two losses against two clubs that are among the best clubs in Europe is not enough to conclude that Chelsea has lost form but it is a worry. Southampton themselves are not better off as they are yet to win a game this season despite getting good results against Manchester United and Manchester City.

Having said that, it may not be an easy game for Chelsea as they have not beaten the Saints in the last 3 attempts. However, the Blues have the better head-to-head record.

According to SOCCERWAY, in the 78 times both sides have met, Chelsea has won 37 while 21 of the matches ended in a draw.

For the team news, Southampton’s central midfielder Will Smallbone and left-back Sam McQueen are doubts for this game even though they have returned to training after suffering long-term injuries. Smallbone was out for 8 months with a serious knee injury while McQueen tore his anterior cruciate ligament while on loan with Middlesbrough.

For Chelsea, Mason Mount is a doubt for the game even though he has returned to training. N’Golo Kante and Christian Pulisic remain out with coronavirus and ankle injury respectively.