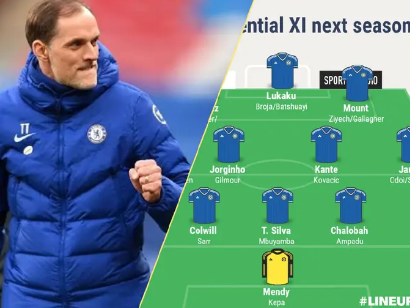 Whether or not Chelsea’s transfer ban is lifted, Thomas Tuchel will have an incredible pool of talent to pick players from next season. As things stand, the European and world champions have been sanctioned from participating in transfer activities, but luckily for them, they have a plethora of talent both on loan and in their prestigious Cobham academy. Loan stars Tuchel could add to his squad next season Levi Colwill (Huddersfield Town): The 19-year-old has established himself as one of the best defenders in the English Championship and has proven that he is ready for the big leap to Chelsea’s first team.

Ethan Ampadu (Venezia): The Welshman has been on several loan spells over the years but his performances with the Italian Serie A new boys have made him a major contender for Tuchel’s team next term. Emerson Palmieri (Olympique Lyon): Has been key player for the French side in their domestic and Europa League campaign and will definitely come in next season to provide backup for Ben Chilwell.

Ian Maatsen (Coventry City): The Dutch teenager has been so good this season, he nearly earned a recall from loan to the Chelsea squad to cover for the injured Ben Chilwell.

Dujon Sterling (Blackpool): Has already caught the attention of Thomas Tuchel during pre-season and stands a chance of making the Chelsea first team next season. Conor Gallagher (Crystal Palace): The 22-year-old is unarguably Chelsea’s best player on loan this season and is expected to play a key role for the blues when he returns.

Billy Gilmour (Norwich City): The Scottish midfield maestro has not enjoyed the best spell on loan but no doubts that the talent is still there. Armando Broja (Southampton): Tuchel must already be making plans for the Albanian sensation who has taken the Premier League by storm this season.

Michy Batshuayi (Besiktas): He might not be the most popular name amongst Chelsea fans but he is the highest scoring Chelsea player this season (12 league goals).