EPL: Who will be a hero in Chelsea vs Leeds United match today 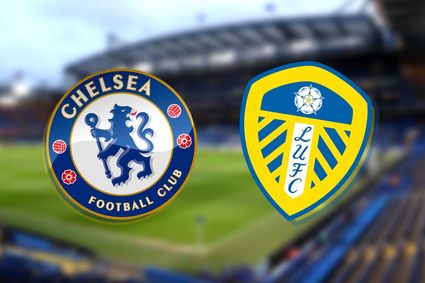 It’s an important contest between two historic foes. Here are three things to look for in the Premier League clash between Chelsea and Leeds:

No doubt, Chelsea needs someone to take the reins on the pitch and drag this side to a decent result or two. A cohesive, coherent team playing like perfect clockwork is always ideal, but every once in a while, you just need someone to say;

“Get out of my way, I’ve got this,” and produce results through sheer force of will.

Although, Timo Werner and Kepa Arrizabalaga have the right to do well in the Zenit match. Two of Chelsea’s most criticized players in recent memory were the only ones to come out of the 3-3 draw with at least a modicum of dignity. The game was mostly a dead rubber, but far too many Blues took the “dead” portion of the term to heart.

The team that takes the field against Leeds on Saturday will likely (or hopefully) look a lot different than the one that disappointed in Russia. It’s still a hobbled side, but having players like Jorginho and Ruben Loftus-Cheek back in the team will certainly help to contain Leeds’ aggressive and energetic play. Neither scream “defensive tenacity,” but if the other option is Saul, I’ll take them every time. Meanwhile, Werner just about did enough to win Chelsea the match and group on Tuesday, Romelu Lukaku might be the player most poised to take over as a dominant performer in the team.

It’s been a few months since the Belgian looked solid and comfortable on the pitch, with a goal drought and injury layoff killing any momentum he generated from his hot start to the season. The goal against Zenit was a useful first step (even if he just about blew it with his first touch), but an athletic and frenetic side like Leeds will be a big test of the striker’s confidence and fitness.

Does he have the ability to become the talismanic piece in a Chelsea side that desperately needs one? Of course, but it’s been much easier to point out his flaws than his successes since he returned to the club. A swift ascent to the level many expect from him would be extremely useful at a point in the season where every match is a slog and there’s little room for error. Of course, all of these things would be welcome during any match, but you get the feeling that this weekend’s game is a particularly crucial time for Thomas Tuchel’s side to secure a comfortable result.

It’s worth keeping in mind that this four-match “rut” has included a win, two draws, and one loss. That’s not to say the team has been any good in any of those matches, save for the first half against Manchester United, but it’s at least at the point where a solid win would feel like a return to the norm rather than a false dawn.