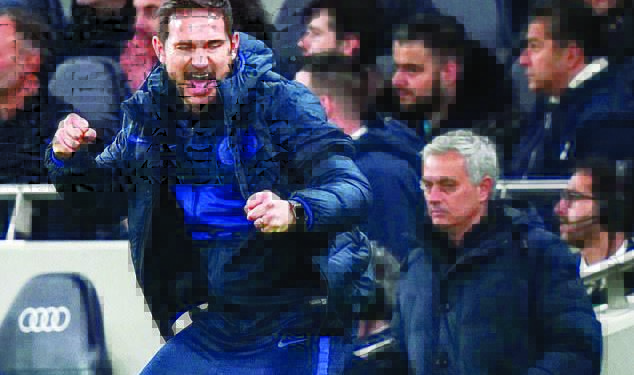 Goodnews as Frank Lampard is set to announce EPL club coach…Former Chelsea manager Frank Lampard has been shortlisted as one of the possible candidates to take charge of premier league club side Norwich City.

The Canaries sacked former manager Daniel Farke, after what has been a very disappointing start to the 2021/2022 football campaign, as they currently sit 20th on the premier league table.

While it will take a miracle for Norwich City to avoid relegation this season, the club is currently on the lookout for a new manager who will take over from Daniel Farke.

Notable names such as Frank Lampard, Dean Smith, and Ralph Hasenhuttl of Southampton have all been linked with the vacancy at Carrow Road stadium.

Chelsea legend Frank Lampard is believed to have held talks with Norwich City and could be in line to take charge of the club, months after being sacked by his former club Chelsea FC.

I feel that the job at Norwich wouldn’t really be the best challenge for Frank Lampard, as it’s one which has the possibility of making him regret it at the end of the day.

I will thus be giving reasons as to why Frank Lampard shouldn’t accept the vacancy at Norwich City.

Norwich could still get relegated

For someone like Lampard who is on a mission to revive his managerial career, it wouldn’t be wise to join a club like Norwich who could still get relegated come to the end of the season.

They currently sit bottom of the league, and it would take a big miracle for Frank Lampard to change their fortunes.

Pressure will mount on Lampard

All eyes will definitely be on the ex-Chelsea manager should he take over at Norwich City, and that alone will come with much pressure.

The football world would be anxious to see how Lampard would be able to take charge of the hot seat at Norwich, and should he fail to deliver, it could dent his CV, as a good coach.

Another major challenge that may arise for Lampard would be whether or not Norwich City will be able to back him up in the transfer market.

The current crop of players at the club seems not to be good enough for the premier league, and considering the fact that Norwich City isn’t the richest of clubs, Lampard may end up struggling to produce results at Carrow road.