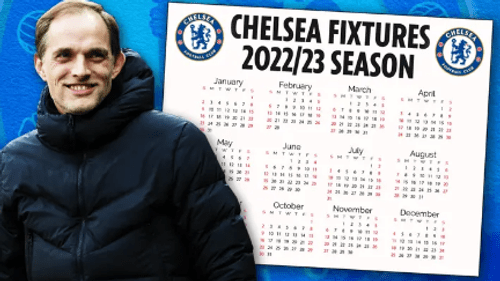 Chelsea are definitely going to look brand new, courtesy of the takeover the Todd Boehly led consortium. The blues will be looking to add new faces to the squad in the summer transfer window ahead of the new season as a lot is expected from the west Londoners.

Chelsea have already identified some potential targets ahead of the new season, with the blues set to contend for the premier league crown after falling behind Manchester city last term.

However, the 2022/23 Premier League Fixtures have been officially released by the English FA and the blues have some mouthwatering opening fixtures.

Chelsea win this 2022/2023 new premier league crown this season do you you believe it is possible or not? What do you think?