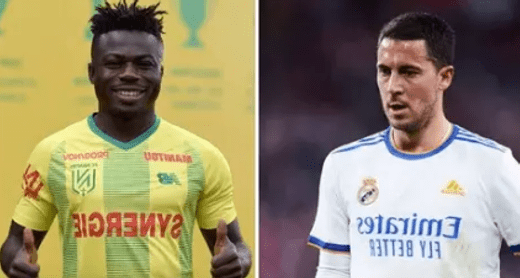 Eden Hazard has opted to remain at Real Madrid for the rest of the season, with the goal of departing in the summer, according to reports and speculations.

This might be a blow for Chelsea, who were expecting to recruit the Belgian forward this winter to reinforce their faltering offensive powers.

However, I believe Chelsea might make another move before the summer transfer season to buy an alternative player who will assist their attackers become more dangerous.

I also believe Chelsea will unearth a fantastic attacker at the African Cup of Nations, which is now underway in Cameroon. Chelsea’s signing of Super Eagles attacker Simon Moses will be a welcome addition to the squad.

The Nigerian attacker has been brilliant for the Super Eagles of Nigeria in almost every AFCON encounter, creating havoc on their opponents’ defense while also scoring goals.

Simon Moses, like his countryman Victor Moses, who was a revelation at Stamford Bridge during Antonio Conte’s time, would surely benefit Chelsea’s attacking players.