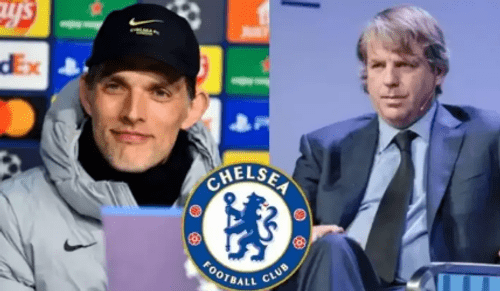 According to a report, new Chelsea owner Todd Boehly and his group will give manager Thomas Tuchel full transfer power at the club. Following months of uncertainty about the Blues’ future, Boehly has finally completed his takeover from Roman Abramovich. And he intends to hit the ground running in order to restore Chelsea to their former glory.

There is also a desire to advance to a domestic cup final. Chelsea lost their third FA Cup final in a row last season, and they also failed twin to the Carabao Cup in the final.

As a result, according to The Telegraph, Boehly has approved a move that he hopes would put the team closer to Liverpool and Manchester City.

Boehly will give Blues manager Tuchel full authority over transfers, similar to how last season’s top two were operated.

As a result, his voice will be the ‘loudest’ in terms of incomings and outgoings, as well as first-team football decisions.

Indeed, Boehly and the Chelsea owners believe Tuchel is the club’s “most valuable asset,” which they intend to exploit.

Boehly has now stated in a recent meeting that he will do everything in his power to fulfil Tuchel’s wishes.The switch from Boehly might have a significant impact on Romelu Lukaku’s future at Stamford Bridge.

Chelsea paid a club record fee of £97.5 million for him last summer, but he is said to desire to return to Inter.

In December, he spoke out against Tuchel’s tactics, blaming the German for his lack of match action. If Tuchel wants him to leave this summer, Boehly and his partners will do all in their power to make that happen.

On the other hand, the consortium will pay attention to Tuchel’s ambitions for new signings. Ousmane Dembele, the Barcelona winger, is due to become a free agent when his contract expires at the end of June.

While he has had multiple long-term injury issues in recent years, Tuchel worked with the Frenchman at Borussia Dortmund and could sanction his arrival despite the risks. Chelsea’s biggest transfer issue right now is their defence.

They are without centre-backs Antonio Rudiger and Andreas Christensen and must find replacements. Tuchel has high hopes for Sevilla’s Jules Kounde and RB Leipzig’s Josko Gvardiol.

Thiago Silva is now the most senior Chelsea defender following the departures of Rudiger and Christensen. However, at 37, he does not have much time left at the highest level.

Malang Sarr and Trevoh Chalobah are options behind the Brazilian.