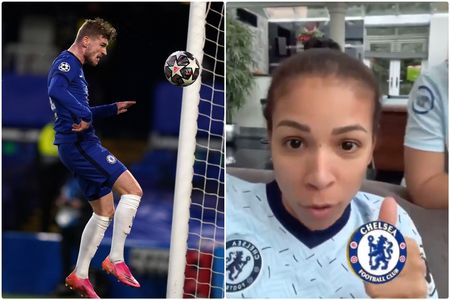 Thiago Silva’s wife Belle Silva has come out to strongly condemn the commentators who officiated today’s match where Chelsea lost 4-1 to Brentford. According to Belle, the commentators criticized her husband for not attacking vigorously as he should and Belle was not pleased with the critics.

She took it to her Instagram story to criticize the commentator reminding him that Thiago Silva is 37 years and he cannot be as reliable as he was when starting his career, he went ahead to point out that Thiago just came from a busy international break where he was representing his country Brazil in several games.

Apart from this, she also reminded the commentator that Thiago Silva is a human being and not a robot who can deliver consistently. She concluded by stating that the commentator should respect Thiago Silva and Shan from commenting negatively on him. Chelsea lost a crucial match against Brentford and they are now deep in top four battle. (Goal)