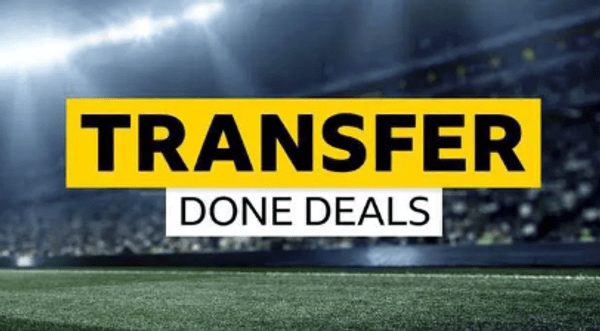 Arsenal are still struggling to tie the 20-year old down to a long-term contract and Pep Guardiola’s side are luring tje forward with mouthwatering contract. Saka has entered the final two years of his current deal and is yet to renew with Arsenal.

Calcio Mercato Web claim Chelsea are to offer Timo Werner in a straight-swap deal for Arsenal target Arthur Melo. The Gunners had re-opened talks to lure the Brazilian to The Emirates this summer, after failing to do so in January.

Werner, 26, has struggled since moving to Stamford Bridge in 2020. Amid all the hype, the Germany international has managed just 23 goals in 89 appearances. However, he has been creative, laying on a further 21 assists.

Chelsea are said to rate Werner in the region of £34million – and want Arthur to bolster their midfield. The idea of a swap deal could be on the table soon, with both sides said to be keen on doing a deal. According to reports by The Athletic, Spanish La Liga giants Real Madrid have reached deal with French Ligue 1 side AS Monaco for the signing of their midfielder Aurelien Tchouameni. The Athletic confirmed that the whole package of the deal is expected to worth more than €100 million.

The French international was linked with a move to Chelsea, Manchester United alongside Paris Saint-Germain and Liverpool but he opted for a move to the La Liga giants.

The clubs are now in the process of finalising the paperwork and regulatory procedures in order for the 22-year-old’s transfer to be signed and officially announced.

The French midfielder was one of the important players in Monaco side that finished third in Ligue 1 this season. He featured 35 times in the league, contributing three goals and two assists, and made a further 11 appearances in European competitions.

Atlético Madrid have renewed their interest in Paulo Dybala.

Paulo Dybala will become a free agent at the end of June and a lot of clubs are after his signature.

According to reports, The Argentine would prefer to play for Barcelona, Real Madrid, Man Utd or Man City. However, none of these teams are attentive to his situation.

It’s only Atletico Madrid that is making progress in the discussion and coils sign the Argentine this summer. Italian giant are more than convinced that they will re-sign Paul Pogba this summer.

Juventus are more than confident for Paul Pogba! The final details will be discussed with his agents.

AS Roma have set their asking price for Nicolo Zaniolo, Inter, Milan and Juventus have all been linked with the 22 year old whose contract is due to expire in 2024. Roma will be prepares to let Zaniolo go this summer if they receive an offer within the region of €65million.

AC Milan in talks to sign Sanches and Botman.

Serie A Champions, AC Milan, are reportedly in talks to sign both Renato Sanches and Sven Botman from Lille.

The Italian club would be looking to strengthen their squad with these players and hope to defend their title next season.

Barcelona Will Let Go Of De Jong For The Right Price According to De Telegraaf, Barcelona will let Frenkie De Jong leave if they the club if they get a suitable offer for him, Manchester united has been linked with the Dutchman as Erik Ten Hag wants to be reunited with the Midfielder.

The Merseyside based club Liverpool are in advanced talks to sign versatile winger, Raphinha from fellow EPL side Leeds United this summer transfer window.

According to various reports in England, The Reds have shown interest in bringing him to the club this summer.

The Merseyside based club Liverpool are interested in signing the Brazilian winger this summer and could use Takumi Minamino in an attempt to bring him to Anfield Stadium next season.

The German and Liverpool head coach Jurgen Klopp is a big fan of the 25-years-old winger and he is interested in signing him this summer as a replacement for Sadio Mane.

The Brazilian superstar Raphinha is also keen on leaving Leeds United this summer with Barcelona, Bayern Munich and Liverpool all linked with the winger.

According to various reports in London, The Blues have added the 22-years-old defender as part of their transfer targets for this summer.

The English Premier League giants Chelsea have been handed a huge boost in their potential move for the 22-years-old defender, Matthijs De Ligt despite being on the verge of signing a new deal at Juventus.

The Dutch center-back is now added to the whole host of names that have been linked with a move to replace the outgoing defenders at Stanford Bridge.

The Blues are not the only club to express interest in the center-back, with their EPL rival Manchester United also linked with a move to bring him to their club.

Barcelona comes to compete with Juventus for Angel di Maria. Angel Di Maria will leave Paris Saint-Germain for free this summer. El Fideo is therefore a “free agent” for this transfer window session. Juventus are strongly interested, but the operation is not yet concluded. Another track from a major European club cannot be ruled out.

In the last hours, the name of Angel Di Maria has reappeared in Spain. According to Revelo, there have already been contacts between the Blaugrana club and the entourage of the best passer in the history of Paris Saint-Germain. In the meantime, The Argentina international has already said “yes” to Juve, but nothing is concluded. Barça could then take advantage of it.

Christophe Galtier would be far from insensitive to the new PSG project carried by his former sidekick at LOSC, Luis Campos. The French technician has reportedly made it known that he is willing to take Mauricio Pochettino’s place on the bench despite joining Nice last summer, according to RMC Sport.