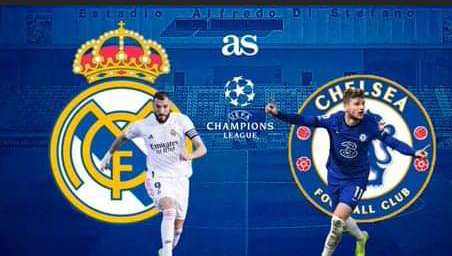 This season, Real Madrid will face Chelsea in the UEFA Champions League. Last season, Chelsea overcame Madrid in the competition’s semi-final, which may have been a huge issue for Los Blancos this season, as they will face each other again.

If Romelu Lukaku and Nathaniel Chalobah start against Real Madrid, Chelsea might be eliminated. Lukaku might have an impact on Chelsea since the club will want to rely on him, which could lead to them “crossing the ball” into their opponent’s box eighteen in search of the Belgian, which has not been the Blues’ trend since Giroud’s departure.

If Chelsea hopes to reach the semi-finals, Lukaku should be deployed as a substitute in the second half of the encounter. Chalobah is a good player who is fit to face Real Madrid, but Chelsea could employ Cesar Azpilicueta, Thiago Silva, Andreas Christensen, or Antonio Rudiger instead.

Chalobah could replace any of the above-mentioned players, but if Chelsea are to qualify for the next round of the UCL, he should be used as a substitute because Real Madrid forwards know how to dribble and might utilize Chalobah’s side as an entry point against Chelsea. It’s possible that putting a lot of pressure on Chelsea’s defense lines will result in a goal.